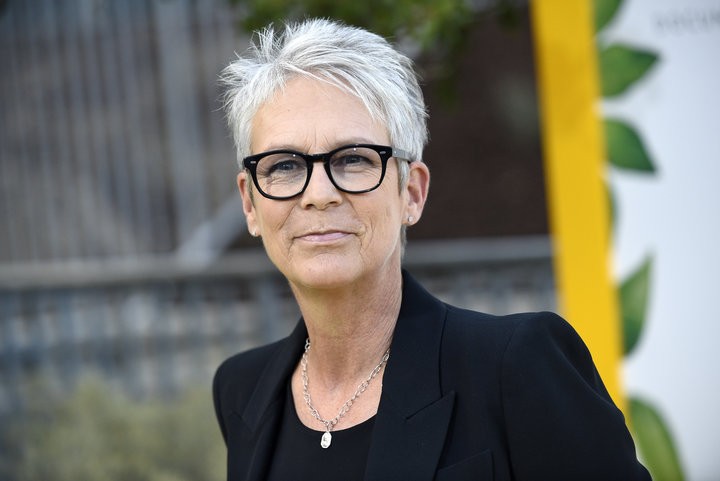 The “Halloween” actress has been sober for nearly 20 years.

Jamie Lee Curtis has battled her fair share of monsters on-screen, but it’s overcoming her own personal demons that she’s the most proud of.

The “Halloween” actress has been sober for nearly 20 years, but is looking back on a difficult period of her life when she suffered from an opioid addiction that alienated her from friends and family.

After taking a liking to painkillers following a cosmetic surgery for “hereditary puffy eyes” in her mid-30s, the actress found herself in a downward spiral. She also became dependent on alcohol.

“I was ahead of the curve of the opiate epidemic,” Curtis told People magazine about her struggle with sobriety. “I had a 10-year run, stealing, conniving. No one knew. No one.”

Curtis reached rock bottom when she stole pills from her sister Kelly, also an actress, who was recovering from a broken bone at the time. She later confessed to her sister in a letter she never sent, but now keeps as an emblem to remind of her of how far she’s come.

The “Freaky Friday” star grew up in a family marked by addiction. Her father, actor Tony Curtis famously abusing a variety of substances in his later years, while her brother Nicholas died of a heroin overdose in 1994.

“I’m breaking the cycle that has basically destroyed the lives of generations in my family,” Curtis said. “Getting sober remains my single greatest accomplishment … bigger than my husband, bigger than both of my children and bigger than any work, success, failure. Anything.”

At the time of her own struggles, Curtis was married to actor Christopher Guest, who she says was unaware of her addiction issues until she disclosed them on the day she went to her first recovery meeting.

Curtis has previously opened up about how Hollywood’s toxic beauty standards were a “big stimulator” for her drug abuse after a cameraman told her she was developing bags under her eyes.

“I attempted various types of plastic surgery, minutely but enough to stave off this encroaching middle-aged body,” she told More magazine back in 2008. “And everytime I did, something went wrong. I felt misshapen, just not natural anymore … I’d anesthetize myself on a daily basis.”

Curtis has since worked on anti-drug campaigns and is regular attendee at meetings where she counsels other addicts.

“In recovery meetings, anyone who brings up opiates, the entire room will turn and look at me,” she told People. “I’ll be like, ‘Oh here, talk to me. I’m the opiate girl.’”