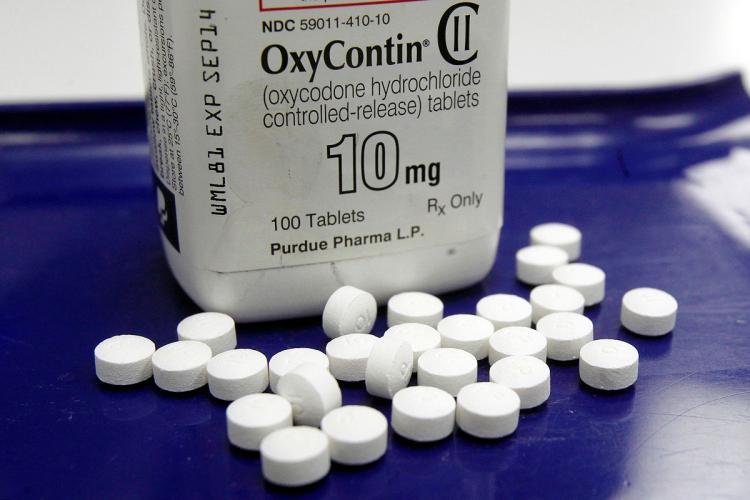 Sunday, January 21, 2018, 5:00 AM
In 2017, U.S. life expectancy fell for the second consecutive year. Among all of the disturbing headlines that we’ve seen in the past 12 months, this is arguably the worst, and it should make all of us stop and pay attention.In countries like the United States, any decline in life expectancy is unheard of. It speaks to very large forces at work, like World War II, or HIV.In this case, opioid overdoses are to blame. They have quadrupled since 1999, and are continuing to rise. Right now that epidemic is killing more people in the U.S. than AIDS at its peak. About five people are dying per hour — all day, every day.

The story of the opioid epidemic has been told before by the media. But it hasn’t been examined nearly enough. It’s a story that should prompt far larger questions about our country, its values, and its institutions than we have asked.

Opioids affect us in complex and mysterious ways . They don’t stop sensation, like local anesthetics. Instead, these drugs work by activating natural opioid receptors in our brains. They change our experience of pain. They replace pain, in part, with pleasure.

Pain thresholds are built into us for powerful evolutionary reasons. Opioids make us feel good in the short term, but they also distort essential mechanisms necessary for survival in a Darwinian world.

Tolerance is the body’s natural attempt to restore those mechanisms. We become less sensitive to opioids, and need higher doses for the same effect. Tolerance is the first step toward physical addiction; the two are linked. As tolerance rises, the risk of overdose and death follows closely behind.

The time it takes for this process to occur is the key to understanding the opioid epidemic. A week or two of opioids may cause euphoria and pleasure, but it will rarely create physical addiction. Given a few months, however, anyone can be made into an opioid addict.

This has been understood in the medical world for a hundred years.

In 1996 a single company, Purdue Pharmaceuticals, introduced a patented new opioid compound into the market with FDA approval. They called it OxyContin, and marketed it as a new drug.

OxyContin wasn’t a new drug. It was simply a new pill designed to release an old drug — oxycodone — more slowly. Oxycodone was first synthesized in 1916, and is closely related to heroin. 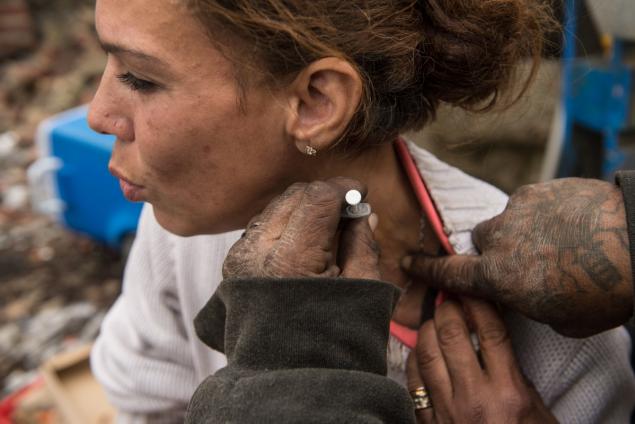 Faces of opioid addiction in the Bronx

Since it releases oxycodone more slowly, OxyContin doesn’t have to be taken as often to relieve pain. That slower release also allowed Purdue to put higher doses of oxycodone into each pill.

Purdue Pharma used this distinction as a pretext for claims that OxyContin was safer and less addictive than other opioids and therefore should be widely prescribed for pain of all kinds. The FDA enabled this assertion, and the FDA examiner who approved OxyContin’s initial application took a job with Purdue shortly thereafter.

Once the FDA approved the drug, Purdue unleashed a fraudulent marketing campaign designed to generate as many new OxyContin consumers as possible.

A critical element of their strategy was to expand the traditional indications for opioid prescriptions beyond acute pain into the far more controversial category of chronic pain. Chronic pain is so broadly defined that tens of millions of patients became potential customers.

This was hugely consequential. When drugs are approved by the FDA, health insurance pays for them. The big money was not in acute pain, which goes away, or cancer pain, where patients die quickly, but in chronic pain, which is endless.

Other opioid manufacturers soon joined the effort, marketing their own products for chronic pain. A combination of physician complicity, patient demand and fundamentally flawed retail-based models of medical care then created a dismal synergy that flooded society with oral narcotics.

As steadily increasing numbers of people were encouraged to take prescribed opioids, and became physically addicted to them, more people also turned to heroin and other illicit drugs. Purdue Pharma and others generated enormous sales. Drug cartels and dealers were handed an abundance of new customers. Heroin and even more dangerous illegal narcotics such as fentanyl became more plentiful and cheaper across the country.

A new wave of opioid addiction eventually spread far beyond the control of Purdue Pharma or anyone else. That increased demand had the additional effect of destabilizing Mexico and supporting Islamic extremists with opium revenue from Afghanistan and elsewhere.

Opioid addiction is not a new problem. Ten years before OxyContin appeared on the market, as part of the so-called war on drugs, Congress passed the Anti-Drug Abuse Act, which imposed harsh federal mandatory minimum sentences for drug crimes.

More than 300,000 people are currently serving time in either state or federal prisons for often minor drug offenses. Most of these prisoners are poor, and a disproportionate number are minorities. Hardly any of them are drug kingpins.

Purdue’s efforts, however, were unprecedented. In 2007, three senior executives of Purdue Pharma pleaded guilty to misdemeanor charges for criminally misbranding OxyContin by falsely and deliberately claiming it was less addictive and safer than other opioids.

They were sentenced to a few hours of community service, and fined. Purdue Pharma was also fined some $634 million for these misrepresentations.

Purdue’s fine, large for the pharmaceutical industry, represents less than 2% of the roughly $36 billion of revenue so far generated from sales of OxyContin.

Purdue Pharma is not a publicly traded company. It is owned by a single family, the Sacklers, who control the board and hire the executives. In 2015, the Sacklers abruptly appeared on Forbes Magazine’s richest families list, at number 16, with a net worth conservatively estimated at $14 billion. Much of their wealth came from OxyContin sales.

Most of the discussion around the opioid epidemic stops there. The epidemic has been treated primarily as a tragic yet isolated phenomenon, a cautionary tale of a few bad actors mixed in with regulatory mistakes and the confluence of good intentions gone awry.

This view misses a much more fundamental point.

By any measure, the story of OxyContin is indecent.

What does the opioid epidemic, and the response to it, reveal about our country? Is it in fact an isolated event, or might it be related, at least in spirit, to some of the other abuses we’ve seen in recent years?

Like the subprime mortgage crisis that so nearly caused a global financial collapse, the opioid epidemic was created by corporate predators whose actions were permitted rather than resisted by regulatory agencies.

The victims too, were the same — overwhelmingly middle- and lower-income people trying to get by. Many are both defined and humiliated by their addiction, but most are just ordinary men and women with jobs and bills to pay. I know them well, because they are my patients, and they come to the ER all the time. Not a single day goes by when I do not see a patient on opioids for chronic pain.

There is an important difference, however. The opioid epidemic is far worse than the subprime mortgage crisis. Hundreds of thousands of people have been killed and millions more have lost loved ones and friends. Meanwhile, studies have not shown that chronic pain has improved.

Ordinary people in America, irrespective of race or gender, understand the depth of their vulnerability to economic systems and individuals that care nothing for them. They are both threatened and angry as a result. Their anger is justified, but it’s also dangerous. It’s often incoherent, often misdirected, often ugly and discrediting, often tribal, often selfish, and ripe for political manipulation.

Eventually, enough attention was called to the opioid epidemic generally and OxyContin in particular that sales of OxyContin have dropped by nearly half in the United States. The CDC issued belated guidelines to rein in opioid prescriptions, and prescribers have become more aware of the dangers that many understood were present all along.

As OxyContin revenue drops in the U.S., and the lawyers circle, one might think Purdue would have learned a hard lesson. Instead, they learned an easy one.

Purdue owns a group of international subsidiaries known as Mundipharma. Mundipharma is now marketing opioids in more than 120 countries around the world — in places like Brazil and India — using the many of the same tactics that Purdue applied so successfully here at home.

Millions of people in countries with few regulatory safeguards are at risk. The consequences are predictable.

It’s difficult to argue that conduct like this should be permitted, let alone rewarded, by any society. But we are both permitting it and rewarding it. That permission, and the lack of accountability it demonstrates, is terrifying. It shows us how far we’re willing to fall, and how weak our institutions have become.

If Purdue Pharma’s punishment were proportionate to the crimes it committed, the company would no longer exist and at least some of its executives would be in prison. Instead, they’ve been given a tacit green light for global expansion despite bipartisan congressional protest.

For much of the post-war period, America genuinely believed in its exceptionalism. Despite our many past sins, the U.S. was nonetheless once a legitimately aspirational country.

Fairness, human rights, democratic values, institutional integrity and other cultural expectations of decency may seem naive today, but they had both political and economic value that went far beyond their intrinsic worth. They were a vital engine of both U.S. prosperity and global stability for more than 50 years. It’s hard to imagine the American Dream without them.

Not long ago, I saw a patient my own age with chronic back pain. He was thin, and white, and he screamed at the nurses up front, and he screamed at his elderly mother who had driven him to the ER, and he told me he couldn’t walk as he lay on the gurney. I knew he could walk, and I glanced at his chart.

“Did you run out of your OxyContin?” I asked, and he nodded.

“I get my refill tomorrow,” he said.

I was tired. It was the end of a long shift. I usually say no. I usually have the energy to resist. But he exhausted me. I knew he would reduce himself further, and refuse to walk, and keep screaming, and disturb everyone around him.

Behavior like his is one of the many humiliations of opioid addiction.

I wanted to go home, and I couldn’t hand him off to the relief. It’s an unspoken rule. So I took the easier and complicit path, like so many other doctors, in so many hospitals and offices and clinics, across the country.

Huyler is an emergency physician in New Mexico