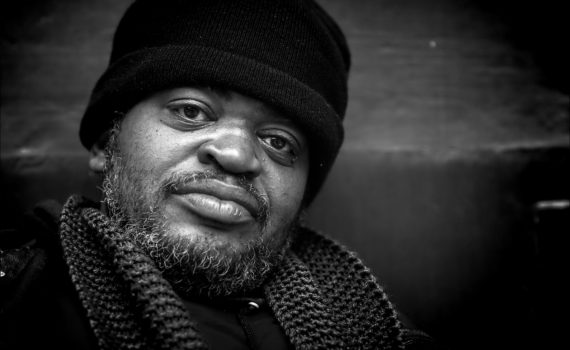 Huntington is one of the cities that has felt the negative outcome of the nation’s crisis on drug abuse. It is a state situated in the western West Virginia with a community of nearly 50,000. Between 2009 and 2013, it realized an increase in mortality rates from drug overdoses that rose by 65%.

It is one of the states that has been heavily affected with 70 deaths out of 900 people who overdosed in 2015. Jim Johnson, a director of the Mayor’s Office of Drug Control Policy in Huntington, explains how the trends of drug abuse have shifted over the past years in the city of Huntington.

He talks of how several families have been affected by drug addiction ever since he started serving in the police department. “I came onto the police department in 1972, and the people … on heroin were that part of society that you were walking down the street, and you would want to go to the other side” He said. “Now there has hardly been a family that has not been affected” He added.

Since 2002, the rate of overdose deaths related to heroin have quadrupled nationwide. According to the reports, it was estimated that 30,000 people die from opioid overdoses in a year reflecting the scope of the epidemic. Minority populations have experienced a less dramatic increase in overdose deaths and drug addiction compared to the young white adults.

According to the Centers for Disease Control and Prevention, the rate of heroin increased by 114% among the white adults between 2004 and 2013. During the same period, the rate among nonwhite adults remained relatively unchanged.

The professor of health policy and management at Boston University’s School of Public Health, Dr. David Rosenbloom, said that for decades, blacks have been undertreated for pain. The rapid rise in addiction has a long history back to the use of prescription pain relievers such as Vicodin and Oxycontin. The opioid analgesic prescription medications have been on the increase since Oxycontin was introduced in the mid-19990s. About 259 million prescriptions written for opioid drugs were also reported in 2012.

Regulators began implementing more strict limits only a few years ago on the number of pain pills to be prescribed by the doctors. Although it led to lower rates of prescribing opioids, it also led to a sequential increase in the use of heroin. It was regarded as an easier and cheaper alternative to prescription pain medicines.

According to the 2008 JAMA study, it was found that in an emergency department, whites were more likely to receive opioid for pain compared to the minorities. It was also stated that physician prejudice was the resultant cause of prescribing opioids less frequently for the Latino and Black patients as compared to the whites.

Dr. Andrew Kolodny, an executive of Physicians for Responsible Opioid prescribing highlighted the issues faced by the minorities in the hospitals when prescribing the pain relievers.

Other people contend that the issue deals more with the white patients, as they have had greater access to health care services in the past compared to the minority patients. In essence, it has heightened their chances of receiving pain treatment unlike the other patients.

John Kelly, an associate in psychiatry at Massachusetts General Hospital in Boston said that more risks related to drug overdose lead to the differences in prescribing the pain treatment.

“It could be that the overall ability to be able to be prescribed these medications has resulted in more exposure among the whites and more risks in terms of addiction and overdose,” said Kelly.

The urgent call to action among the lawmakers, presidential candidates and law enforcement officials is said to be the primary cause behind the changing face of drug abuse. It could also be a similar case to the increased call for treatment unlike the previous ‘war on drugs’ that focused more on the mass arrests and incarceration.

Kolodny said that it was a criminal justice response on how they had responded to the crack cocaine epidemic. “Whenever you hear people talking about our opioid crisis, within the first few minutes you hear someone saying something to the effect that we can’t arrest our way out of this problem,” he added.

The democratic presidential candidates, Hillary Clinton and Vermont Sen. Bernie Sanders have both initiated plans which would emphasize “rehabilitation and treatment” for nonviolent and low-level drug offenses over prison.

Texas Sen. Ted Cruz, the Republican presidential candidate has called for faith-based treatment. He also lost his half-sister who died from a drug overdose. Similarly, he has also advocated for disruption of the drug supply by securing the U.S. border.

Solutions based on treatment have already begun taking shape to address addiction. The District of Columbia and other forty-two states have passed legal protections for medical professionals dispensing naloxone. It is a prescription drug that counteracts the effects of an opioid overdose. Needle exchange programs are some of the controversial measures for drug users that have gained support in the United States and municipalities nationwide.

The needle exchange programs in Huntington have helped combat another health problem regarding the intravenous use of drugs. In 2013, it was recorded that West Virginia had the highest rate of hepatitis B infections. According to the CDC, there were 10.5 cases for every 10,000 residents. Kentucky, a neighboring state, had the second highest rate of hepatitis B infections during the year. It recorded 4.9 cases per 10,000 residents.

The rates of hepatitis C infection have been on the increase nationwide with more Americans switching to intravenous drugs. According to the CDC, the rates of infection between 2006 and 2012 in four states collectively rose by 368%. These states include West Virginia, Virginia, Kentucky, and Tennessee. Of those cases, 73% risk factor was cited on the intravenous use of drugs.

Johnson said that he used not to be a great supporter of the programs that were to reduce harm for substance users. After witnessing the devastating effects of the drug epidemic that the entire community was going through, he changed his mind towards adopting more of a public health approach.

“In our county, we were spending at a minimum of $50 million to $100 million a year just on the healthcare,” said Johnson. “When we started talking about syringe exchange it was like, ‘why aren’t we doing this?’” he added.

On a national level, there have been changes on the approaches taken towards drug abuse. President Barack Obama proposed allocation of $1.1 billion over two years as part of his fiscal 2017 budget. It was to help fight against opioid and heroin drug abuse. In addition, $920 million of the total amount would be used to expand the medication-assisted treatment.

It is still not evident whether the current approach will be applicable to any future drug epidemics that affect the entire racial groups. It has also not yet been proved on how addiction is perceived in the country.

Marc Mauer, an executive director for the Sentencing Project, said that he thought the approach would provide a change to some extent. “I would like to think it would help to shift the climate somewhat, but I am not overly optimistic. We still have ways to go I think to broaden that perspective on how we approach substance use,” added Mauer.