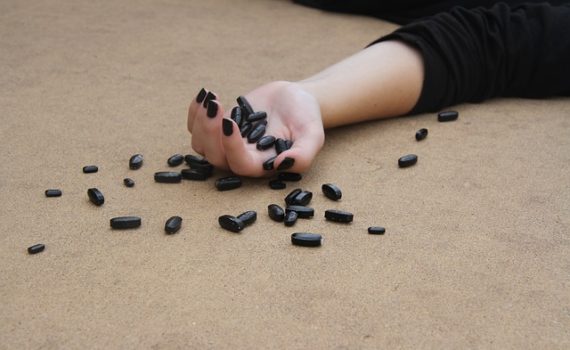 The Exorbitant Increase In Drug-Related Deaths Across The Nation

In Georgia there was about 30 overdose deaths in the first week of June. The Georgia Department of Public Health  confirmed in the second week of June a fifth overdose death related to fake Percocet pills that have been circulating the streets. Test results were released last week by the Georgia Bureau of investigation indicating that the drug was a mixture of two synthetic opioids.

According to the analysis made by The New York Times, cases related to drug deaths have heightened with a significant margin across the nation. The report showed a 19% rise from 2015 of at least 50,000 Americans who died from drug use. This percentage supersedes the peak annual death rates from car crash deaths (1972), gun deaths (1993) and HIV which peaked in 1995. The leading cause of death for Americans who are under the age of 50 is related to drug fatalities.

New York Times examined the data of state health department from around the country to compile relevant information that would elaborate the situation. It is usually difficult to track drug deaths and the official statistics from CDC (Centers for Disease Control and Prevention) may not be available till December. It is estimated that the toxicology reports affirming the cause of death might take up to 6 months.

The officials of the National Center for Health Statistics at the CDC find it troublesome to track the reports and the facts that most people are looking for answers.

“It’s frustrating because we really do want to track this stuff,” Said Robert Anderson, Chief of the Mortality Statistics Branch at the CDC.

The reports became even more shocking since it was said that the drug deaths related to opioid abuse were widely unreported. Fentanyl also fueled in large part to the rising death rates. It is one of the strong opioids that has made appearances in street cocaine and heroin, although not frequent. The drug seizures for Fentanyl doubled during 2016 to more than 30,000, an increase from 2015 that reported over 15,000.

According to the New York Times, a tremendous rise in drug-related deaths was widely reported in the East Coast. Some parts which were affected by steep increases included Maine, Florida, Maryland, and Pennsylvania. The death rate rose to more than 25% last year in Ohio, which had filed a lawsuit recently against opioid manufacturers.
Summit County, Ohio had previously ran out of space in the morgue for the bodies of overdose victims. Gary Guenther, who is the county medical examiner’s chief investigator in Summit County, was forced to make a request for refrigerated trailers on three occasions in the previous year.

The statistics indicated that the death rates related to drug abuse had leveled or perhaps declined in some western states. Dr. Dan Ciccarone, a professor at the University of California, San Francisco gave one of the reasons that led to the situation. Ciccarone mentioned to the Times that Fentanyl is more likely to be found in powdered heroin, common on the East Coast than it is to be found in black tar heroin, more popular in the Western States.

He also gave a warning that the death rates would increase rapidly if traffickers begin to ship in fentanyl and other kinds of synthetic opioids into the West.