Teen Access To Xanax Has Led To A Dangerous New Trend 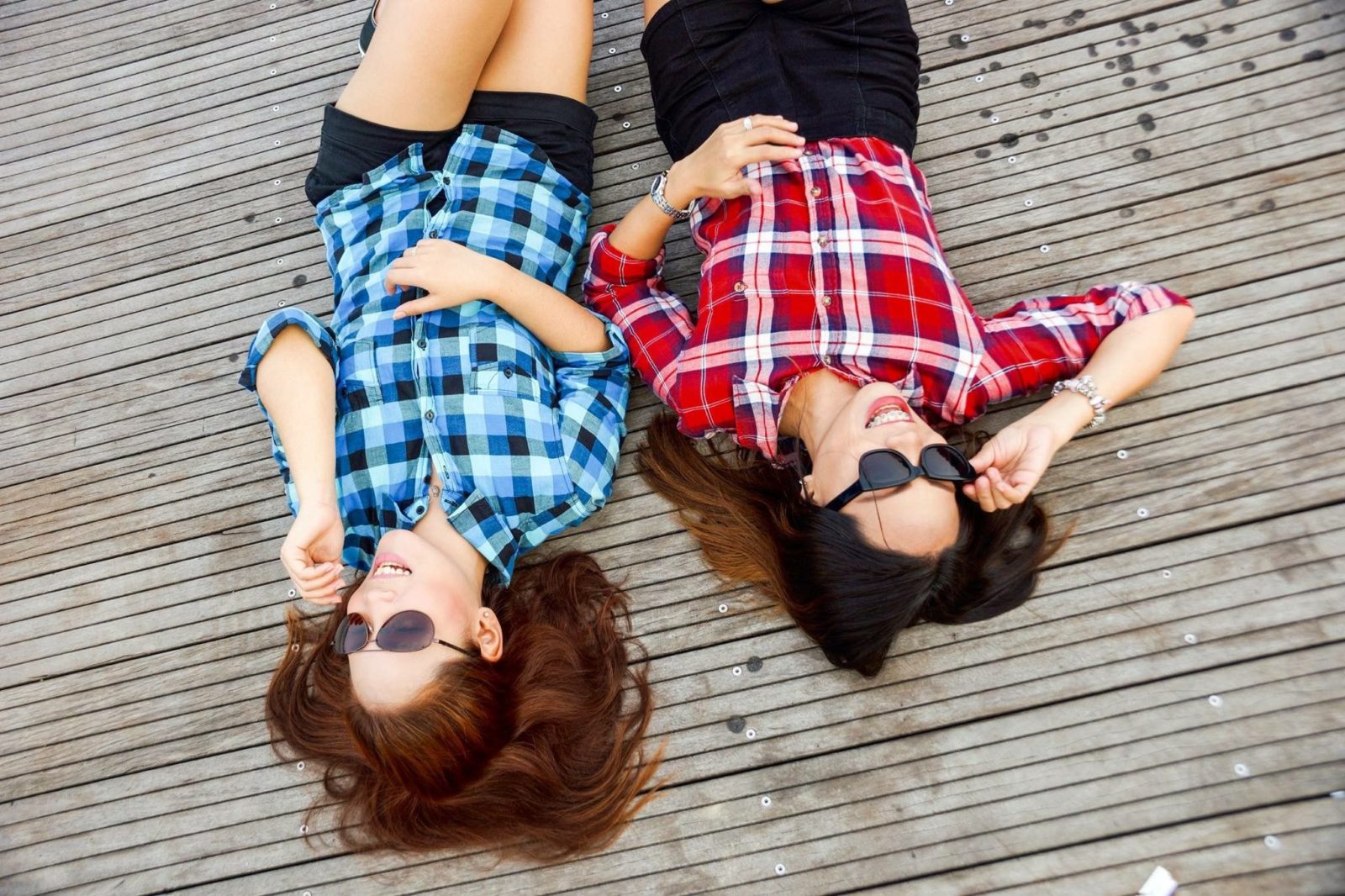 Teen Access To Xanax Has Led To A Dangerous New Trend

BALTIMORE — Teen drug use during the summer often goes unnoticed. It’s when school starts and students nod off in class, exchange pills in the hallways and fail tests that the truth becomes apparent.

This school year, addiction specialists say they’re expecting an onslaught of teens addicted to Xanax and other sedatives in a class of anti-anxiety drugs known as benzodiazepines, or “benzos.” Many teens view Xanax as a safer and more plentiful alternative to prescription opioids and heroin — with similar euphoric effects.

But addiction experts warn that the pills kids are taking, often found in their parents’ or grandparents’ medicine cabinets, can be just as deadly as opioids, especially when taken in combination with other drugs or alcohol. And it’s much harder to kick the habit.

Like any addictive substance, Xanax when used early increases the risk of addiction later in life. According to the U.S. Surgeon General’s 2016 report on drugs and alcohol, nearly 70 percent of adolescents who try an illicit drug before age 13 will develop an addiction within seven years, compared with 27 percent for those who first try an illicit drug after age 17.

Nationwide, prescription drug abuse among adolescents has dropped dramatically in the last 15 years, according to survey results published in December by the National Institute on Drug Abuse. Last year’s results indicate that about 4 percent of high school seniors misused prescription painkillers, a sharp decline from 2004, when nearly 1 in 10 teens misused opioids.

In fact, an increasing percentage of high school kids — at least 26 percent of seniors in 2014, up from 5 percent in 1976 — are abstaining from all substances, including alcohol, marijuana and tobacco, according to an historical analysis of the survey data published in July.

Even so, addiction practitioners say they’re seeing a surge in the number of young patients who are hooked on Xanax. Many take high daily doses of the drug, sometimes in deadly combination with opioids and alcohol.

Addiction treatment centers are “the tip of the spear,” said Sharon Levy, director of adolescent addiction treatment at Boston Children’s Hospital and lead author of the adolescent drug use study. “We see things first. So, I’m not surprised that the spike in Xanax use isn’t reflected in national data yet.”

“Adolescent benzo use has skyrocketed,” Levy said, “and more kids are being admitted to hospitals for benzo withdrawal because the seizures are so dangerous.” At the same time, she said, far fewer kids are seeking treatment for prescription opioid addiction.

“When I ask them if they’re using opioids, they say, ‘No. I wouldn’t touch the stuff.’”

Marc Fishman, an addiction psychiatrist and professor at Johns Hopkins University School of Medicine, said benzos are quickly overtaking opioids as the primary prescription drug of abuse among the adolescent patients he sees at Mountain Manor Treatment Centers in Baltimore and other Maryland locations. And many of them are extreme, high-dose users, he said.

Subscribe to The Morning Email.
Wake up to the day’s most important news.

Like opioids prescribed for pain, benzodiazepines prescribed for anxiety eventually stop working, forcing users to take higher and higher doses to get the same effect. Kids who can’t get the pills at home buy them on the dark web or concoct designer versions of benzos in their bathtubs, he said.

People with mental illness are at much higher risk for developing an addiction to opioids, and Fishman said the connection between mental illness and benzos is even stronger.

Three FDA-approved medicines are available to treat the symptoms of opioid addiction: buprenorphine (most often sold as Suboxone), methadone and Vivitrol, a long-acting injectable medicine that blocks the euphoric effects of opioids and alcohol.

But no medicines exist to blunt the withdrawal symptoms and cravings associated with benzodiazepine addiction. Instead, patients typically enter residential treatment where a specialist gradually tapers them off the medication. If stopped too quickly, benzodiazepine withdrawal can result in seizures and even death.

The burgeoning abuse of Xanax and other benzodiazepines among high school kids and young adults over the last several years primarily stems from the fact that there are more of the pills out there, Levy argued.

, Valium, Ativan and other benzodiazepines to calm their nerves and promote sleep, “we’re creating these vast reservoirs for kids to find,” she said.

The other problem, she said, is that adolescents think the benzos are safe because their parents use them. Many kids say they don’t take the pills to get high; they take them to feel normal, Levy said. “Some patients even ask me to just prescribe Xanax for them so they don’t have to buy it illegally. They think it’s good for them.”

“That one idea — that something is safe or beneficial or medical — has launched many an epidemic in the past,” Levy said. “So, my colleagues and I are watching this with trepidation.”

Melissa Ellis, who grew up in Baltimore in what she described as an addiction-prone family, loved Xanax from the first time she tried it. “I noticed this new guy I was dating kept nodding off so I asked him what he was taking. He told me it was Xanax and gave me a handful of bars [the pill form with the highest dose]. I’d never heard of it before. But as soon as I tried it, I knew it was for me.

“It takes away everything you have in your mind that’s bothering you and everything you feel that hurts, and before you know it, those feelings are just gone.”

Melissa was 15 then and just entering high school. Now she’s 24 and struggling to take care of her 3-year-old son. She says she’s determined to beat her addiction to Xanax and be free of all drugs except the depression medicine she’s been taking for more than a decade. Otherwise, she said she could lose her son.

The first time Melissa tried to stop taking Xanax, she was four months pregnant. She managed to get through her pregnancy without relapsing. “But the day after my son was born, I told my friend in the hospital to bring me some. And I started all over again.”

Melissa also started injecting heroin then. “The two drugs are made for each other,” she said. “What one doesn’t have, the other one does. With the dope [heroin], the high doesn’t last as long as Xanax. So, I was more into the Xanax.”

But after she started combining the two, she overdosed, and her mom found her passed out on the floor one day. That’s when she first checked into Mountain Manor.

Melissa detoxed from both drugs, spent two weeks in residential treatment and started taking Suboxone to relieve her opioid cravings. She also attended outpatient classes and stayed sober for a year.

“I got so much closer to my son back then,” she said wistfully. “Everything was better. I was doing so good. But I started hanging out with old friends and I relapsed on Xanax.”

Now, she’s back at Mountain Manor, trying again. She hopes to leave treatment by the end of the week and move into a mother-and-child sober living facility nearby. For now, her mother is taking care of her son.

“It’s really hard,” Melissa says. can cause irritability, insomnia, anxiety, panic attacks, tremors, nausea and other flu-like symptoms. And unlike opioid withdrawal, which usually lasts for about a week, it can last for months.

“Treatment is scary all around. It’s fine when you’re here. You can’t go down the street and meet your dealer. The scariest part is when you go back out there.”